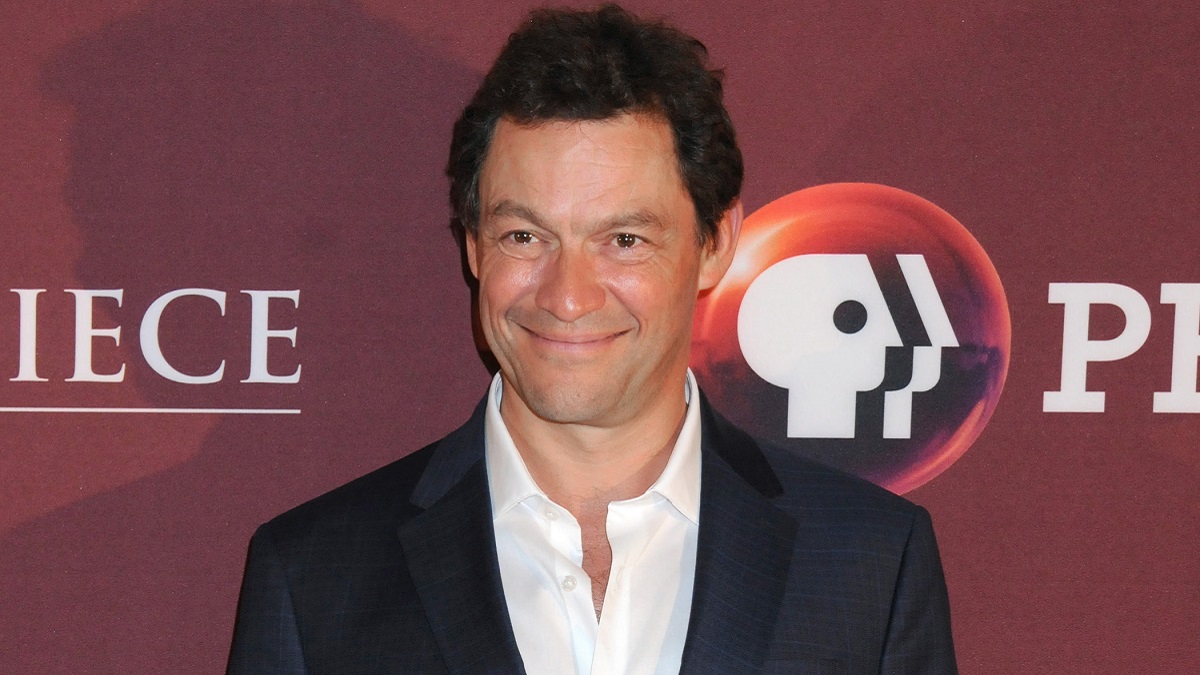 Dominic West and his wife, Catherine FitzGerald, are putting on a united front. They are insisting that their marriage is still strong despite photos that recently emerged showing The Affair alum kissing actress Lily James in Rome.

On Tuesday (October 13), West, 50, and FitzGerald, 49, kissed in front of photographers outside their home in Chippenham, Wiltshire, England.

After kissing, they passed a note to reporters assuring everyone that “we’re very much still together,” according to the Daily Mail.

But the British tabloid noted that FitzGerald was holding a tissue, and she looked anxious and tense while standing outside their home with her ring finger hidden in her jeans pocket.

Her demeanor was in contrast with West’s. The Affair actor reportedly looked smug and made no effort to hide the fact that he wasn’t wearing his wedding band.

The latest development comes after James, 31, and West, 50, sparked dating rumors after they were spotted kissing at an outdoor restaurant in Rome.

Monsters and Critics reported that the pair were spotted sharing a scooter ride around the Spanish Steps and Piazza di Pietra during a day out. West sat behind James and held her around the waist.

They also reportedly spent two nights together at the Hotel de la Ville in Rome.

West was not wearing his wedding band during the flirty date with James.

The incident sparked dating rumors and speculation about the status of West’s relationship with his wife.

The photos showing West getting flirty with and kissing Lily James in Rome came as a shock to fans because West is married to Catherine FitzGerald, an Irish landscape designer, and gardener, who is 49 years old.

West and FitzGerald, who have been married since 2010,  have four children, Dora, Senan, Francis, and Christabel. West also has a daughter, Martha, from a previous relationship.

Dominic West is best known for playing Noah Solloway on Showtime’s The Affair. West’s character, Solloway, also had an extramarital affair with another woman, Alison Bailey (played by Ruth Wilson).

FitzGerald was “devastated” by the Lily James kissing photo

A friend later told the Daily Mail that FitzGerald was “devastated” by the photos showing her husband cozying up with Lily James.

According to the friend, FitzGerald thought that she and her husband were “very much together.”

She reportedly tried to get in touch with West, but he did not immediately answer her call.

Who is Catherine FitzGerald?

Catherine FitzGerald is a member of the FitzGerald family, an aristocratic Irish family. Her father, Desmond FitzGerald, died in 2011. He was the 29th and last Knight of Glin.

Their family home is known as Glin Castle, in Glin, County Limerick, Ireland.

She and West met while attending Trinity College Dublin.

Related posts:
Recent Posts
CELEBRITIES News
What Happens To Kamala Harris’ Senate Seat After The Election? There’s A Process
The Backstreet Boys 'Broke Into' AJ McLean's House To Stage A Drug Intervention!
'DWTS': 'Tiger King' Star Carole Baskin Comes Out as Bisexual
Latin GRAMMYs: Bad Bunny, Karol G and Marc Anthony to Perform
This website uses cookies to improve your user experience and to provide you with advertisements that are relevant to your interests. By continuing to browse the site you are agreeing to our use of cookies.Ok