The Haunting of Hill House terrified viewers with The Bent-Neck Lady, and the follow-up season has a brand-new ghost to give fans nightmares. At the center of all Bly Manor’s spookiness is an ominous specter Flora simply refers to as "The Lady." As the season progresses, it becomes clear this ghost has an attachment to the lake outside Bly Manor, but she remains a mystery until the end of the series. So, just who is The Lady In The Lake on Haunting of Bly Manor? Fans don’t learn the truth about her until the show’s end.

It takes a while to get a handle on just what is going on in The Haunting of Bly Manor. After Dani begins her nannying job at Bly Manor, she very slowly begins to notice some eerie goings-on. For one thing, Flora’s dollhouse is filled with creepy, faceless dolls, and the usually pleasant girl is strangely adamant about Dani not leaving her room at night. Soon, it becomes clear why Flora is so worried about Dani’s wellbeing in the manor.

Spoiler alert: The rest of this post contains spoilers from throughout The Haunting of Bly Manor. After downing some wine one night, Dani nearly runs into The Lady In The Lake while heading to the kitchen for a midnight snack, but Flora and Miles are able to keep her busy long enough to avoid an interaction. Viewers finally learned exactly what this terrifying, faceless ghost was capable of when Peter Quint’s fate was revealed. A couple years before Dani’s arrival, Peter was strangled by The Lady In The Lake during his attempt to steal Mrs. Wingrave’s pricey necklace in order to pay for his and Rebecca Jessel’s secret trip to the United States. The ghost nonchalantly dragged his strangled corpse into the lake with her, leaving Peter’s spirit trapped within Bly Manor, presumably for eternity.

It’s not until Episode 8 that the true identity of The Lady In The Lake is revealed. The penultimate episode gives the whole backstory of Viola Lloyd, a 17th century aristocrat who inherited Bly Manor after her father died. The flashback episode is a treat for fans not only because it finally explained everything about The Lady In The Lake, but also because it saw the return of Kate Siegel, the actor who played Theo Crain in The Haunting of Hill House. 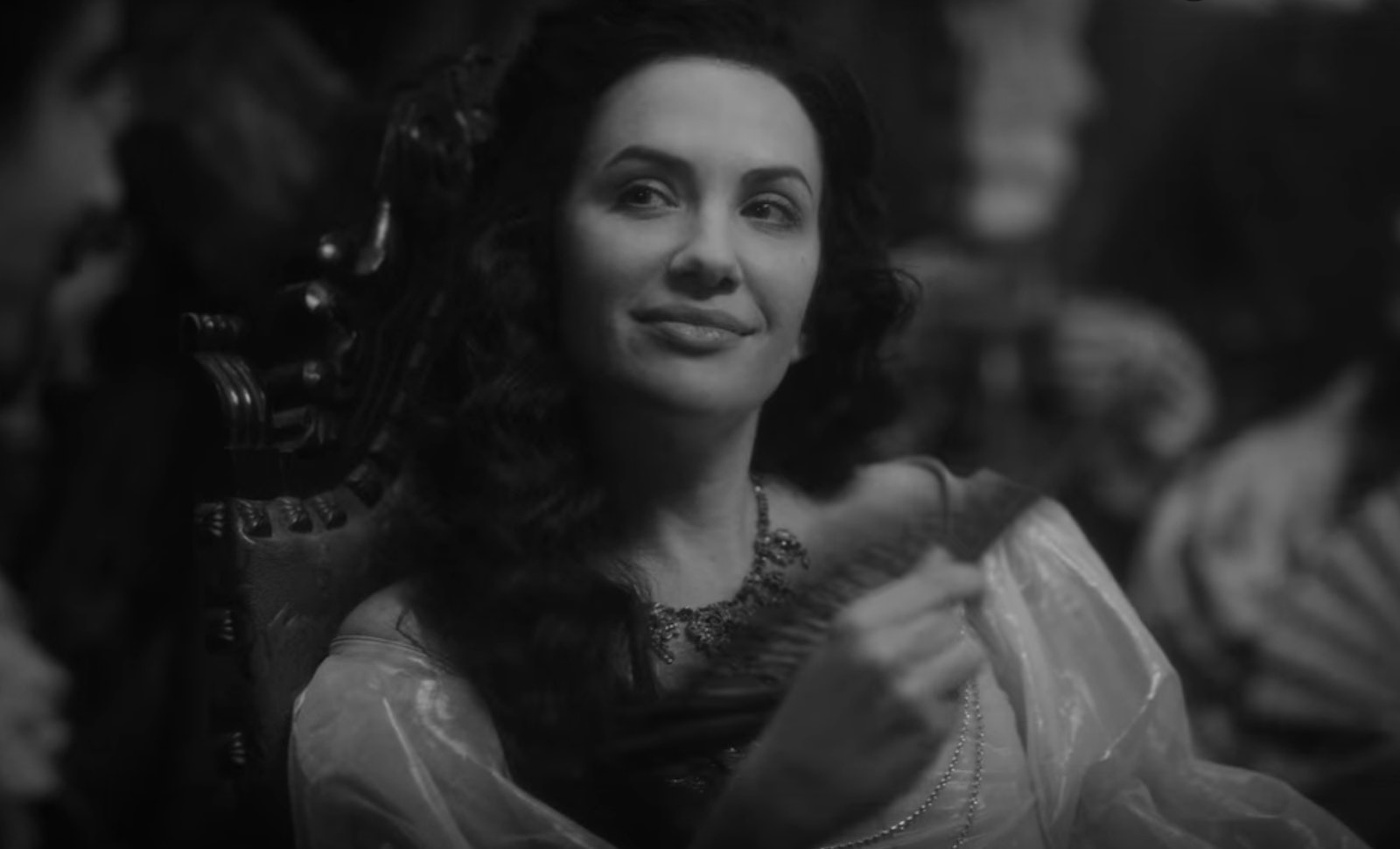 The black-and-white episode is an adaptation of Henry James’ 1868 short story The Romance of Certain Old Clothes, and in the context of Bly Manor, it lays out how Viola became The Lady In The Lake. After marrying her cousin Arthur in order to secure her hold on the manor, Viola grew gravely ill, but somehow managed to remain alive for years beyond when she was expected to die. Finally, Viola’s once-loving sister Perdita killed her, having soured to her sister due to the combination of her constant need for care and scathing insults.

Viola’s sheer will to cling to life created a field of energy around Bly Manor that kept both her spirit and the spirits of anyone else who died on the property trapped. Because of her sorrow and desire for vengeance, Viola’s ghost walked from her resting spot in the lake up to her bedroom each night in hopes of seeing her daughter once more, and would kill anyone in her path. Her face, like the faces of all the spirits in Bly Manor, disappeared due to the ravages of time.

In the end, Dani is able to finally bring Viola’s nightly haunt to an end by inviting the ghost to possess her own body. Sadly, although Dani was able to live out several years with her beloved Jamie after inviting the spirit in, she began to feel Viola’s spirit surfacing in her body, and so the former au pair walked into the Bly Manor lake to end the haunting for good. It’s not exactly a happy ending, but it did bring peace to Viola after centuries of misery.

The Haunting of Bly Manor is on Netflix now.