In September, 10-month-old Nick Torres was found unconscious in a bathtub and his parents, Mario and Ana Patricia Torres, rushed him to a hospital in Harris County, Texas. Nick was pronounced brain dead at the hospital, although his family insisted he was still alive, and waged a legal battle to keep him on life support. This week, his heart stopped beating shortly after he returned home.

When Nick arrived at the hospital last month, he was hypothermic, so doctors did not make a formal determination of neurological death, according to court documents. He was later given two brain-death tests – the first on September 27, which showed no higher brain function and no brainstem reflexes.

Nick was then given an apnea test, during which he was removed from a ventilator and given oxygen for ten minutes. “During the procedure, [Nick] took no breath and his carbon dioxide levels rose to a level that confirmed absent breathing and absent brainstem function,” the court documents read.

The boy was not yet declared dead because Texas Children’s Hospital requires a second brain-death exam, according to the court documents. His parents wanted him transferred to another hospital, but three hospitals in the area denied the request.

The hospitals did not accept Nick because his “physical exam and his injury indicated that he was brain dead” and they “did not believe they had anything to offer since [Nick’s] exam was consistent with brain death,” the testifying doctor said.

He was transferred to another facility within the Texas Medical Center, which Texas Children’s is a part of. At that facility, Nick was positive for brain death and declared dead. 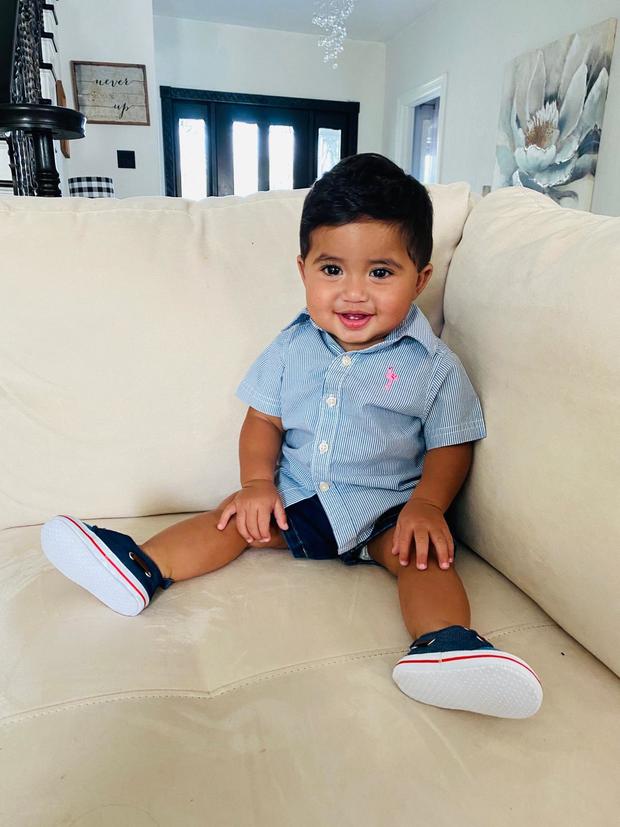 His parents, however, did not want him taken off life support. They alleged the hospital denied their rights to freedom of religious expression and religious liberties, stating in court documents, “even though [Nick] is brain dead, he still is a human person, alive with a full body, soul, and spirit given by God.”

On October 5, they filed a temporary injunction, requesting that Texas Children’s Hospital keep their son on life support, which was denied by a judge. The couple filed three appeals and were asked to give oral arguments, but the court ultimately denied their appeals last Friday.

In a statement to CBS News on Wednesday a rep for Texas Children’s Hospital said the litigation brought by the Torres family against the hospital is over and that the boy’s body was released to the family “with the full approval and authorization of the Harris County Medical Examiner.”

“We continue to do everything we reasonably can to support the Torres family in this very tragic and difficult situation,” the statement said.

Nick was transported home on Tuesday in an ambulance with a ventilator, according Dr. Joseph Varon, chairman of the board at United Memorial Medical Center. The family’s lawyer had called Varon to see if he would take Nick’s case, Varon told CBS News on Thursday.

Varon said while Nick was considered dead because he was brain dead, he still had a heartbeat when he was released from the hospital and transferred home. “Legally speaking he was dead, but we transported a cadaver with a beating heart,” Varon said. He said he agreed to help the family transport Nick because it was the humane thing to do.

“I truly felt bad or the family,” Varon said. “For me, this was a way to have the hospital and family have closure on this situation.”

“About two hours into this, I am actually writing orders for the nurses so they knew what they needed to do… As I’m writing the orders, I see that his heart rate is starting to slow down. And when you have it slow down, it means you’re probably going to have it flatline very soon.”

“So, I called the family into the room, I got everybody to gather around him, and then, I would say, five to ten minutes [later], slowly his heart stopped,” Varon said. He said he disconnected Nick from the ventilator and it was “very emotional.”

“I’ve been a critical care doctor for close to 30 years, and you never get used to these things. Especially when you’re talking about a young baby,” Varon said.