Going viral! Student who accidentally uploaded footage of herself SNEEZING on TikTok is left shocked after racking up 10 million views

A woman who accidentally uploaded a video of herself sneezing before she went to bed was stunned to discover the clip went viral while she slept.

Jiddana Dusturia who lives in the regency of Banyuwangi in the Indonesian province of East Java, mistakenly posted footage of herself sneezing on TikTok.

Posting under the handle @jiddussgrinaaa03, the high school student was shocked to see the clip amass over 10 million views in less than a week. 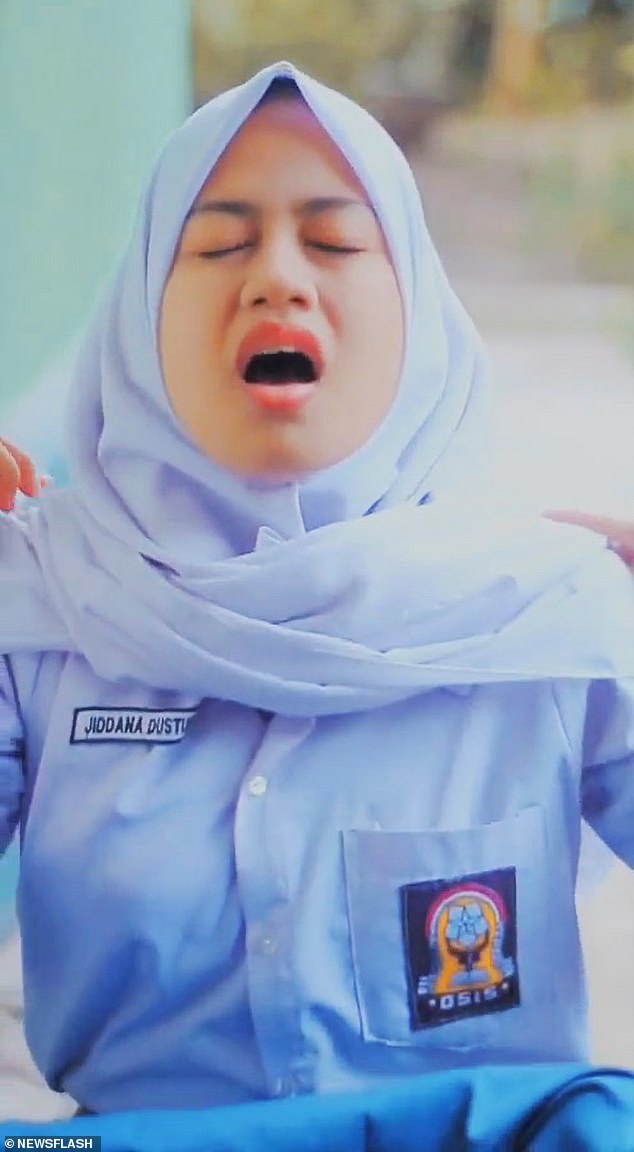 Jiddana Dusturia (pictured) who lives in Indonesia, racked up over 10 million views after accidentally posting a video of herself sneezing

The footage shows the student, who is known by friends as Grina, sitting down to address the camera before suddenly sneezing instead.

Acknowledging the failure, Jiddana stopped filming and made plans to redo the video at a later time.

However before she had a chance, the clip was mistakenly shared with her 762,000 followers, and was watched by millions of TikTok users around the world.

Speaking about the accident, she said: ‘I left the [sneeze] video in the drafts, and then I accidentally pressed upload, and at that time I didn’t realise that it had been uploaded to my TikTok.’

Commenters pointed out the video went viral despite not having captions or hashtags because it appeared on the video-sharing app’s For You Page. 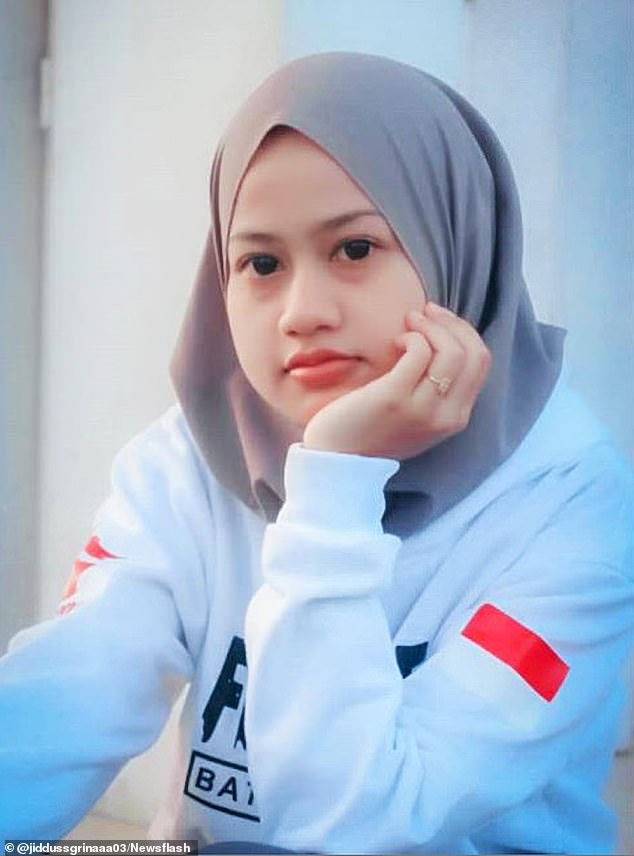 Jiddana added: ‘The next day my group chats were flooded [by people] saying that [my video] had entered FYP!’

The student told the news site Tribun that the clip was actually a blooper from another video she posted, adding that her nose started to itch as soon as she started filming.

Many viewers wrote comments in Indonesian on Jiddana’s viral post.

Roughly translated, one person commented: ‘Can you just sneeze through my FYP’

Jiddana responded a day later with a video lip-syncing to the song from her original post.

She captioned the post: ‘Introducing Grina, the kid who has been on FYP  because she sneezed.’ 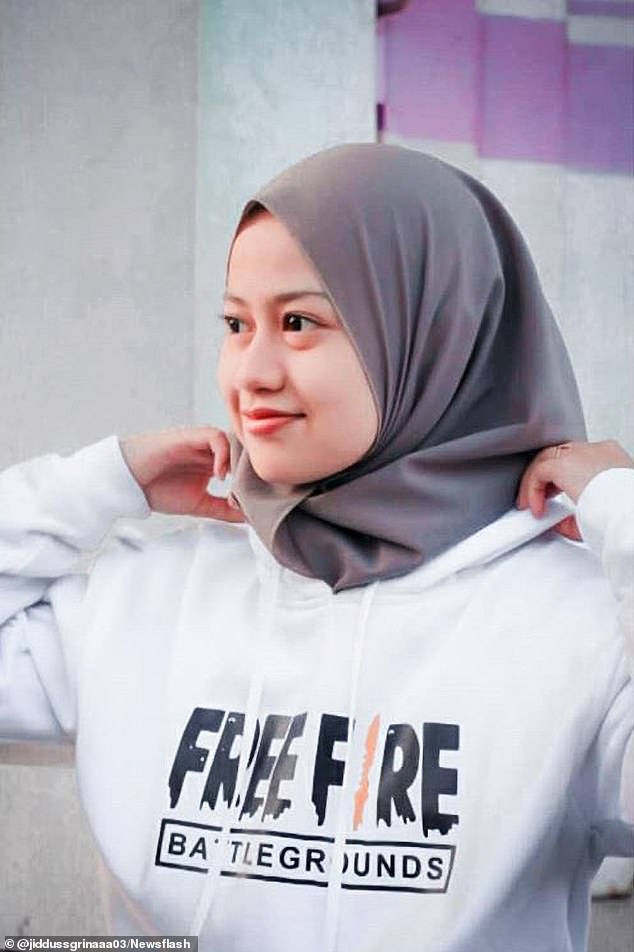 Jiddana (pictured) has since filmed a corrected version of the viral video, lip-syncing to the original song