Asha (played by Tanisha Gorey) has been secretly meeting up with Corey (Maximus Evans) on Coronation Street of late, what with her father Dev Alahan (Jimmi Harkishin) being deeply disapproving of their relationship. Earlier this year, the schoolboy asked his girlfriend to send nude photos to him but unfortunately, they ended up being leaked online and the youngster was badly trolled by her peers. However, having forgiven her boyfriend and the pair taking the next step in terms of romance, they could soon discover they’re going to be parents on the ITV soap.

The drama kicks off next week when Asha is still smitten in her relationship with Corey, but her twin brother Aadi Alahan (Adam Hussain) couldn’t resent the schoolboy any more.

With all three of them standing outside the kebab shop, Dev’s son is teased by his sister’s boyfriend over his lack of any romance.

Clearly hurt, the teenager storms off but takes revenge by telling his father his arch-nemesis has bought his sibling some new trainers, implying they’re having sex.

Furious his daughter has disobeyed him, the shopkeeper decides to spend more time with his son and suggests they spend the day together.

When the soap stalwart sees the schoolgirl coming out the doctors on the way to the shops to meet Aadi, he fails to control his temper and confronts her. 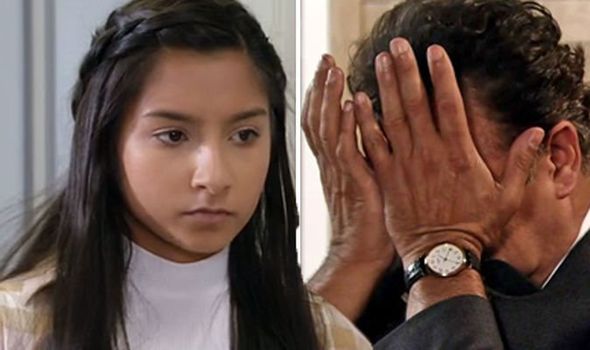 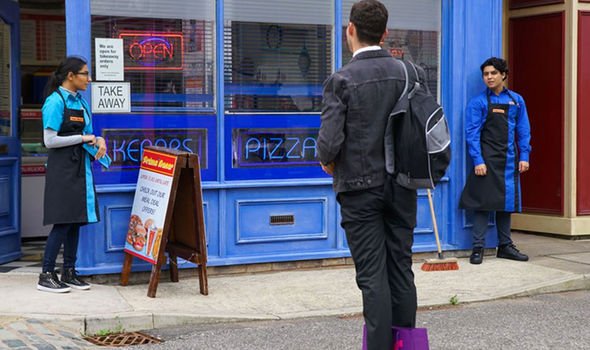 Dev’s outburst doesn’t stop there as he publicly humiliates his daughter in the middle of the street before turning his attentions to Corey.

The father-of-two accuses the schoolboy of pressuring his only daughter into having underage sex with him.

After the heated showdown, the shopkeeper is mortified to realise he forgot the shopping trip with his son and once again, Aadi is left feeling pushed out of the family setup.

Deciding they’ve both had enough of being treated like children, the twins confront their father about his protectiveness of them. 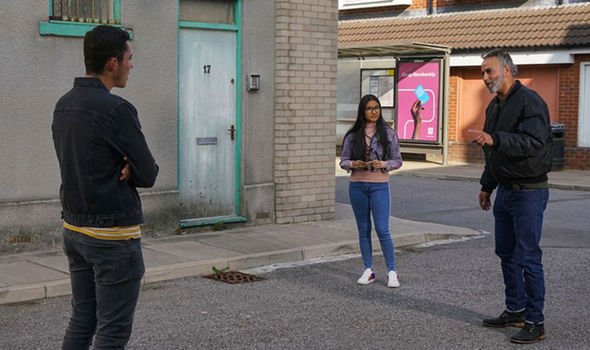 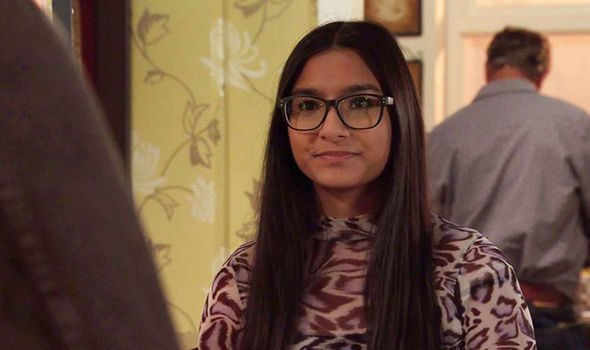 It seems Dev is reluctant to listen to them at first as it’s up to Tim Metcalfe (Joe Duttine) to talk some sense into him.

The father-of-one urges the shopkeeper to listen to his children and have a mature conversation with them about their feelings towards him.

Taking a good hard look at himself, the soap stalwart realises he hasn’t always been the perfect father and decides to accept the twins’ reservations about his parenting skills.

When they both tell him they hate attending Oakhill School, he tells them the will get them transferred back to Weatherfield High.

All Corey does is throw compliments at Asha

As it finally seems the family is on the path of moving past their differences, Asha sees her boyfriend after dinner.

It’s revealed the teenager went to the doctors earlier in the week to get the pill to stop her becoming pregnant.

Knowing full well this was her plan, the schoolboy tells her they can spend a lot more quality time together.

However, as the schoolgirl begins to feel comfortable with the next step in her relationship, will she become more relaxed about things and forget to take the form of contraception?

This would mean the teenager would be at greater risk of falling pregnant, something neither she nor Corey would be ready for.

Will they have to accept their fate, however, as the schoolgirl takes a test and it comes back positive meaning she is going to be a mother?

Being a twin herself, the youngster could also discover she is going to be having multiple births, putting greater strain on her relationship with her boyfriend as he fails to accept he’s going to be a father.

On why her character is so tempted to go back to Corey, actress Tanisha told Express.co.uk and other publications: “I think it’s more that Corey was the first-ever boy to pay this girl any attention whatsoever.

“All he does is throw compliments at her, he’s a constant hype guy,” she said, but would she think differently if he abandons her in her hour of need?

Related posts:
Recent Posts
CELEBRITIES News
Ina Garten's 'All-Time Favorite Dessert' Looks Elegant But Is So Easy: There Are Just 4 Ingredients
Big Brother: All Stars’ Christmas Abbott and Memphis Garrett Are Dating
Robert Irwin Celebrates 17th B-Day With an Emotional Video of His Dad
Justin Bieber A Dad? Singer Explains Family Plans With Hailey Bieber
This website uses cookies to improve your user experience and to provide you with advertisements that are relevant to your interests. By continuing to browse the site you are agreeing to our use of cookies.Ok