Kate Garraway, 53, has spoken about her Derek’s condition several times on Good Morning Britain, having returned to her post back in July. The ITV presenter’s 53-year-old husband is still in a coma in hospital after testing positive for COVID-19 at the end of March, with the television personality looking after the couple’s children at home. In Friday’s edition of Gardeners’ World on BBC Two, the mother-of-two opened up candidly about her heartbreak and how she has planted radish bulbs to symbolise her spouse’s growth as he continues to recover from the illness.

Speaking in particular about the radishes, which are Derek’s favourite vegetable, Kate revealed there was a great “sadness” when they sprouted and her husband “wasn’t any better.”

The presenter then decided to change tact, explaining how she and the children planted things which would “take longer to bear fruit.

“And I’d say, ‘Dad will be better by then’… And of course, now that it’s been so long, we’ve got a huge basket of bulbs,” she continued, stating how the house will be rather colourful when the father-of-two does come home.

Talking further about her reason for turning to gardening, the news anchor said: “When you’re living day-to-day on a knife-edge, doing something that gives you a future just helps with a sense of progress, where there is actually none from the direct situation.

“It’s been the most important space for us,” the mother-of-two said, stating the garden is a place for the family to unleash their frustrations. 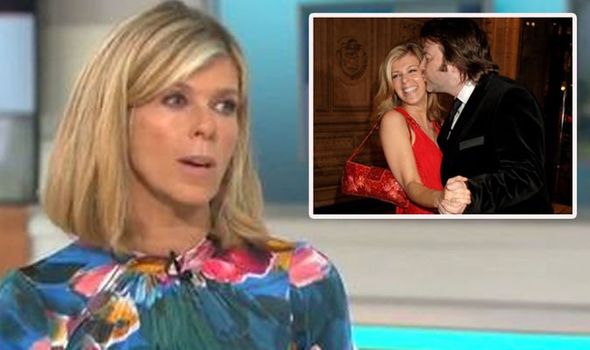 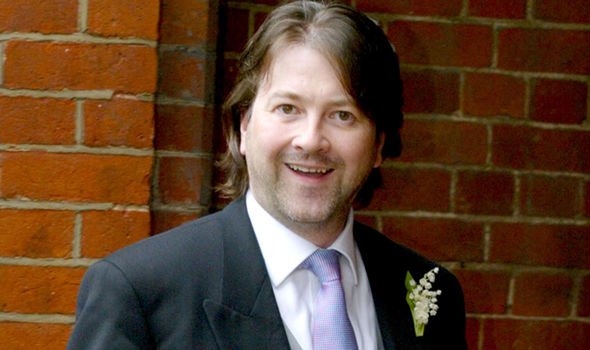 The presenter also said people “can’t think of short-term in a garden,” stating growing produce or flowers in an “investment for the future”.

Kate explained how she and the children continued to plant things as they have to have hope one day Derek will see how their hard work has paid off.

Speaking about being separated from her spouse, the mother-of-two said she would FaceTime him whilst in the garden, regardless of whether he could hear her or not.

“It’s obviously been an odd year for the world, and very directly, personally for me,” the mother-of-two concluded. 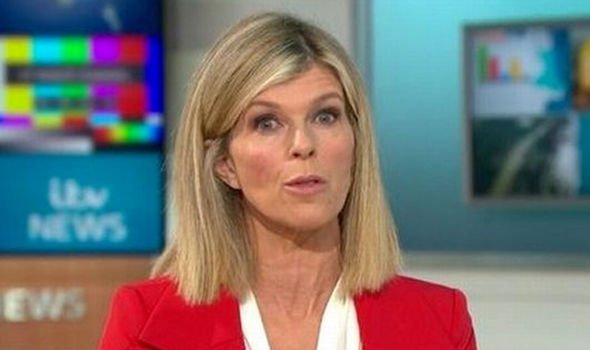 It’s obviously been an odd year

Another outlet Kate has used to keep her fans updated on her husband’s health has been through her social media platforms.

Earlier this week, the presenter shared a photo of several inspiring sentiments which had been written on a whiteboard in view of her 947,000 followers.

Kate explained where the messages were located as she wrote: “Written on a whiteboard on Derek’s ward to spur on staff and patients.

“Not sure if (we) have walked passed it before or it’s new, but definitely spoke to me today,” she continued in the post put online on Monday.

“Wonderful words as we brace ourselves for another week in these grim times,” she added, before telling her followers she would be on hand to man the Good Morning Britain desk over the next few days.

With Piers Morgan, 55, and Susanna Reid, 49, in the role of anchors for the show, Kate has been seen on-screen informing viewers of the latest bulletins.

Earlier this week, she explained to her co-stars her children haven’t seen their father since he was admitted to hospital six months ago.

It was revealed last month Derek had become the longest-surviving case of coronavirus reported in Britain since the pandemic began.

Those watching the mother-of-two on-screen have been sharing their messages of support for her and her family on Twitter.

One wrote: “@kategarraway sending you all my love. You are so strong sitting there listening and talking about the coronavirus when you are going through it.

“Wishing Derek all the love in the world you are fighting this keep going the whole country is behind you,” they continued.

A second added: “I take my hat off to @kategarraway who was the consummate professional this morning. I have no idea how she managed to keep quiet whilst Trump was bleating about not being afraid of COVID.”