WASHINGTON — Amy Coney Barrett credited “improv” with the juggling of her large brood and distinguished judicial career during the second day of her confirmation hearings on Tuesday.

President Trump’s nominee for the Supreme Court also described the confirmation process as “excruciating” and said she and her husband, lawyer Jesse Barrett, knew that their personal lives and faith would be scrutinized.

Sen. Dianne Feinstein, the Democratic ranking member of the Judiciary Committee, praised Coney Barrett for how well-behaved her children sitting behind her were and asked the nominee to introduce them.

“I have eyes in the back of my head,” joked the 48-year-old judge, before introducing six of her seven children, and her six siblings.

Barrett’s youngest son has Down syndrome and has not been at the hearings but was at the White House for her Rose Garden nomination ceremony last month. Two of her children, Vivian and John Peter, are adopted from Haiti.

When Feinstein asked the judge if she had a “magic formula” for juggling parenting and a rigorous career, Barrett responded: “It’s improv.”

The New Orleans-born conservative judge was also asked by the committee’s chairman, Sen. Lindsey Graham (R-SC), how it felt to be nominated to the highest court in the land.

Coney Barrett told Graham that she had been on a “media blackout for the sake of my mental health.” 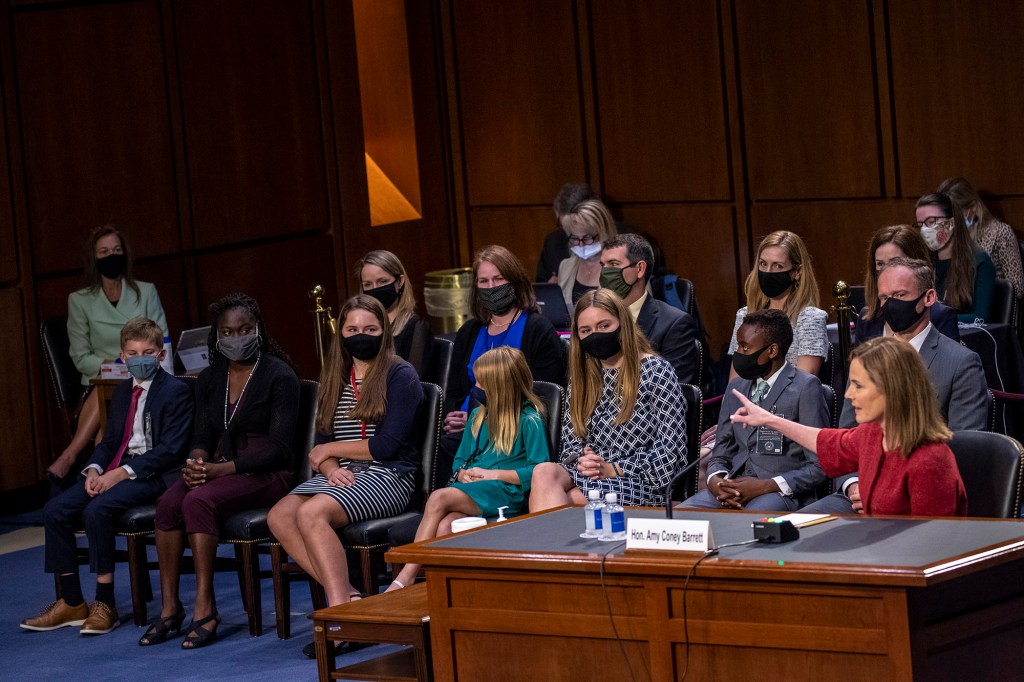 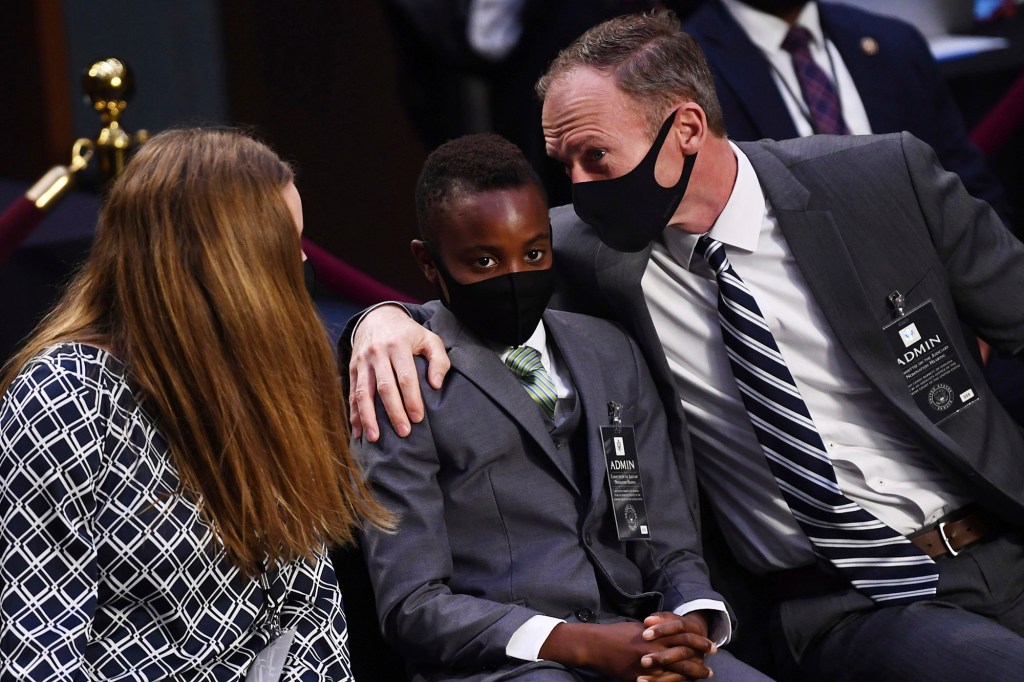 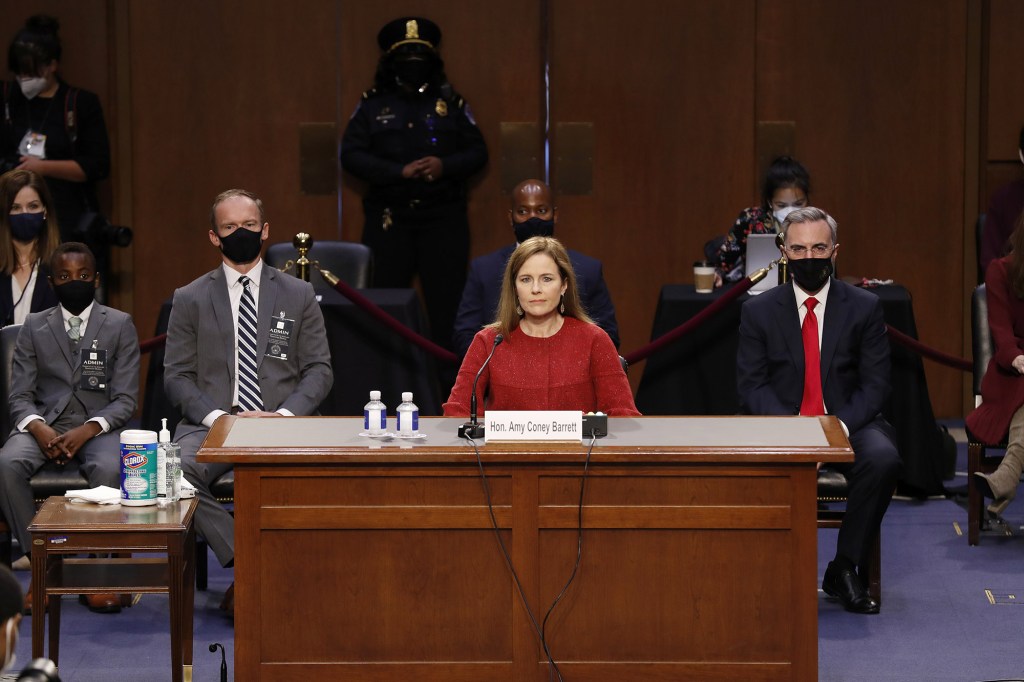