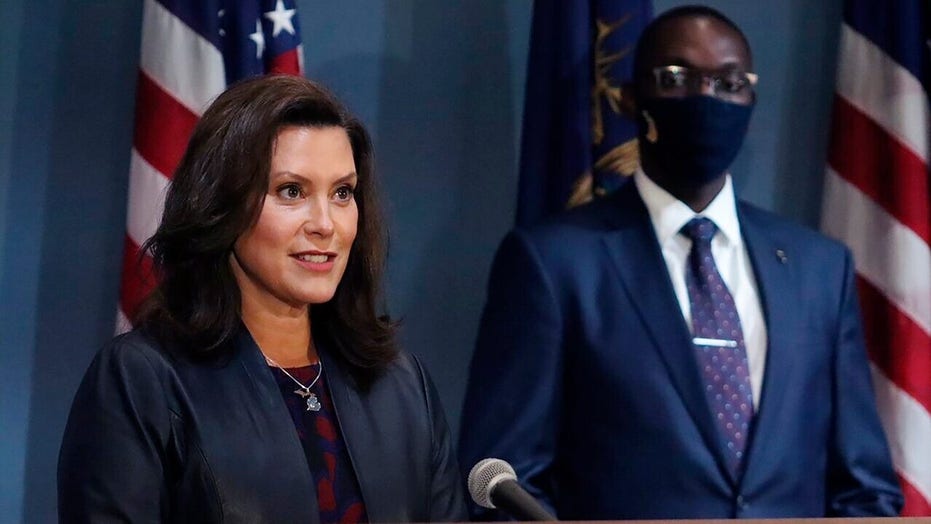 Garrett Tenney reports on the plot to kidnap Gretchen Whitmer on ‘Special Report.’

Law enforcement in Michigan remains on high alert after the FBI said the same group of alleged militia members who conspired to kidnap Gov. Gretchen Whitmer also were seeking to identify the family homes of officers and were involved in a "plan to target and kill police."

Shaw and other officials have said police remain on high alert because officers can be put at risk while carrying out traffic stops, sitting in their marked vehicles, as well as while wearing uniforms in public or getting possible fake calls for service, the newspaper reported.

Shaw added that Michigan State Police constantly evaluate the credibility of threats against troopers and facilities and carry out measures to reduce potential harm. State troopers are assigned to protect Whitmer, and she, after the charges were announced last week, thanked them for their public service.

Seven individuals face state terrorism, gang membership and firearm charges in connection to the alleged plot to identify the home addresses of law enforcement officers in order to target them; make threats of violence to instigate a civil war leading to societal collapse; and plan and train for an operation to attack the state Capitol building and kidnap government officials, Michigan Attorney General Dana Nessel announced last week.

Six others are facing federal charges brought by the State Department for allegedly conspiring to kidnap the governor.

"The militia group had already been brought to the attention of the FBI by a local police department in March 2020 when members of the militia group were attempting to obtain the addresses of local law enforcement officers," according to the complaint penned by FBI Special Agent Richard J. Trask II and filed in U.S. district court last week. "At the time, the FBI interviewed a member of the militia group who was concerned about the group's plan to target and kill police officers and that person agreed to become a CHS (confidential human source)."