MORE than 25 million 'lost' GP appointments during the coronavirus pandemic could spark a spike in cancer deaths, warn experts.

About three million people have missed cancer screenings since March, according to Cancer Research UK.

Health inspectors have raised concerns about the millions of people who have missed out on care as a result of "lost" appointments during the pandemic.

Cancer Research UK said in September, "with around 210,000 people being screened each week in the UK before the pandemic, the backlog of people waiting for screening has stacked up quickly – we put the figure at around three million so far".

Dr David Crosby, head of prevention and early detection research at the charity said: "Patients are being diagnosed at a late stage, where their cancer is deeply rooted and requires significant intervention, often with poor outcomes.

"This is a human tragedy, not just in terms of lives lost, but it also means more expensive treatments, hospital stays and monitoring.

"If we can turn this on its head and find cancer at its earliest stages when it’s easier to treat, not only will we be able to save lives on a vast scale, but we will be saving our NHS millions of pounds that would otherwise be needed for costly late stage treatments."

There was a very definite move from face-to-face appointments (to) the telephone or video online.

Charity Breast Cancer Now revealed this month that the coronavirus pandemic is responsible for as many as 986,000 women in the UK missing breast screening appointments, as screening services were put on pause.

Since the start of the pandemic, there were around 26million fewer appointments at GP surgeries, according to NHS Digital statistics.

Between March and August last year, there were 146.2m appointments made at GP surgeries in England.

But between March and August this year, just 119.5m appointments were arranged.

The CQC said some people are put off seeking help, including those "dissuaded" by signs on doors of practices while others are having trouble accessing care through the phone or online.

The organisation's report highlights a "volatile picture" of deterioration and improvement in GP practices.

While the majority of GP surgeries are rated as "good", CQC's boss, Ian Trenholm, said there were long waits for routine GP appointments even before the pandemic.

He said that since the pandemic broke out, "it has generated a backlog".

"It means that people were not able to access the screening, the diagnosis and of course the treatment that they need in order to cope with conditions like cancer and other long-term conditions," said Mr Trenholm.

He added: "As the country locked down, the number of GP appointments fell significantly.

"And there was a very definite move from face-to-face appointments (to) the telephone or video online."

The number of lost GP appointments "translates into millions of people potentially not seeing their GP, not getting conditions diagnosed early enough, not getting those referrals on for diagnoses like cancer, and other conditions.

"Each of those appointments tracks back to an individual person," Mr Trenholm added.

He said the health and care system needs to ensure that "no-one is left behind", adding: "There needs to be an active effort to go back and look for those people that are maybe sitting quietly at home that maybe have a lump or a bump and haven't gone to see their GP."

Mr Trenholm has advised surgeries against putting "signs on doors or talking about services being restricted because of Covid.

"There is a combination of making sure that we're not inadvertently dissuading people from receiving services, but also talking openly about the fact the NHS is open for business."

The casualties are people. There is now a huge and growing backlog of people who need NHS care.

Commenting on the report, Dr Jennifer Dixon, chief executive of the Health Foundation, pointed out that, "the casualties are people.

"There is now a huge and growing backlog of people who need NHS care, which has built up because of the pandemic.

"The Government must not underestimate the time and investment that will be needed to tackle this very visible waiting list, with the avoidable suffering it represents."

Dr Rosie Benneyworth, the CQC's chief inspector of primary care, said: "We know there has been a reduction in cancer referrals and that is likely to have an impact longer term on people getting appropriate cancer diagnosis and treatment.

"We know that people sometimes haven't had their long-term conditions followed up.

Meanwhile, the chief inspector of hospitals Professor Ted Baker said frontline emergency medics had told him that "it feels like winter has arrived early" as the NHS braces to tackle a second surge of Covid-19 cases.

I have symptoms of cancer – what should I do during the coronavirus outbreak?

You should still contact your doctor if you notice a change that isn't normal for you or if you have any possible signs and symptoms of cancer, says Cancer Research UK.

One of the symptoms of coronavirus is a new continuous cough.

It is important that you tell your GP everything about your cough.

And whether you have any other symptoms such as unexpected weight loss, fatigue or loss of appetite.

In some people, a continuous cough can also be a symptom of cancer and not coronavirus.

It’s important to know your body and to tell your doctor if you notice a change which isn’t normal for you.

Cancer signs and symptoms include: 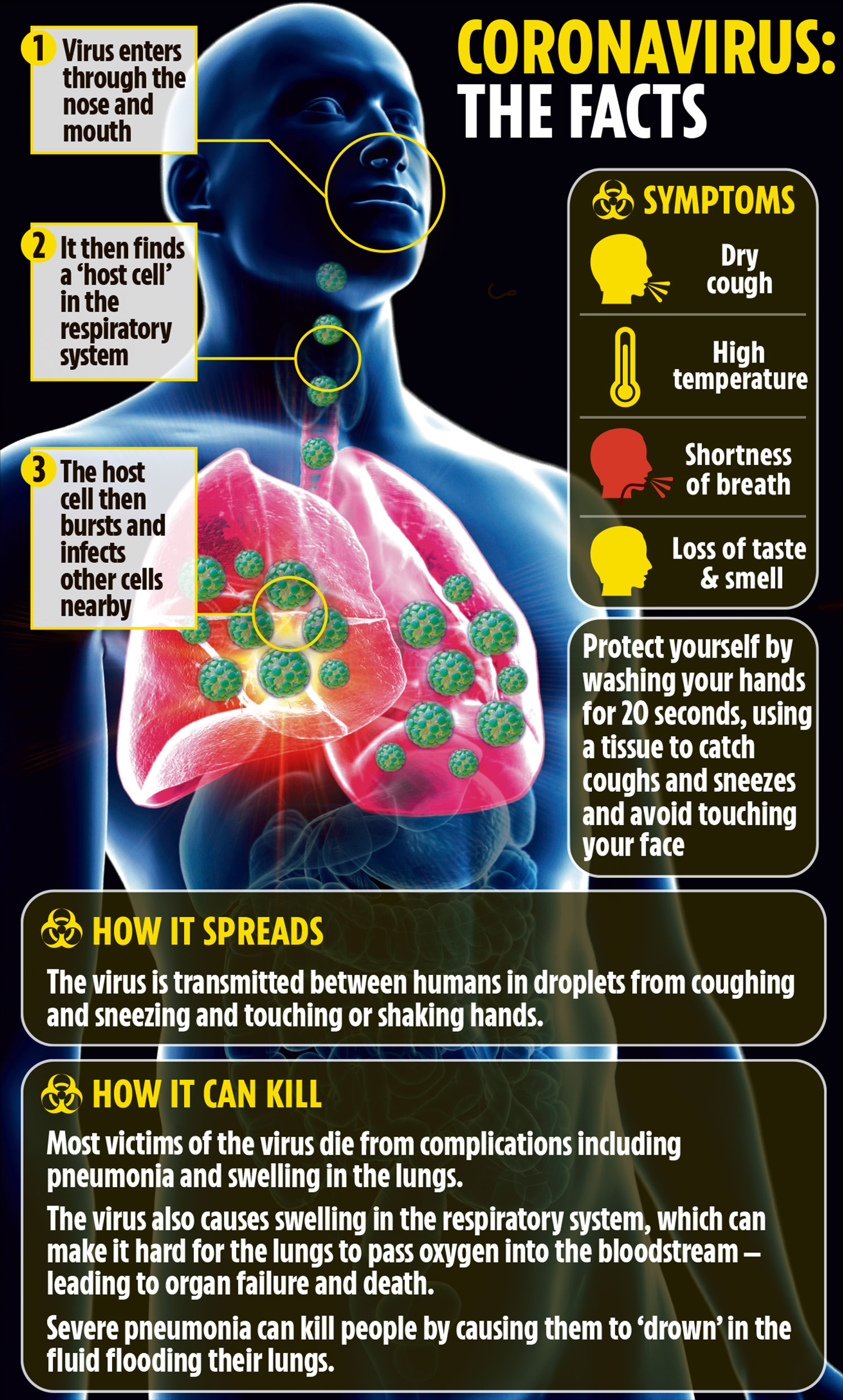