A MYSTERY woman sat behind Donald Trump at the NBC town hall has gone viral after she repeatedly nodded in agreement with the president.

The woman caught Thursday night's NBC town hall viewer's attention as she continued to seeming praise the president during the hour-long event. 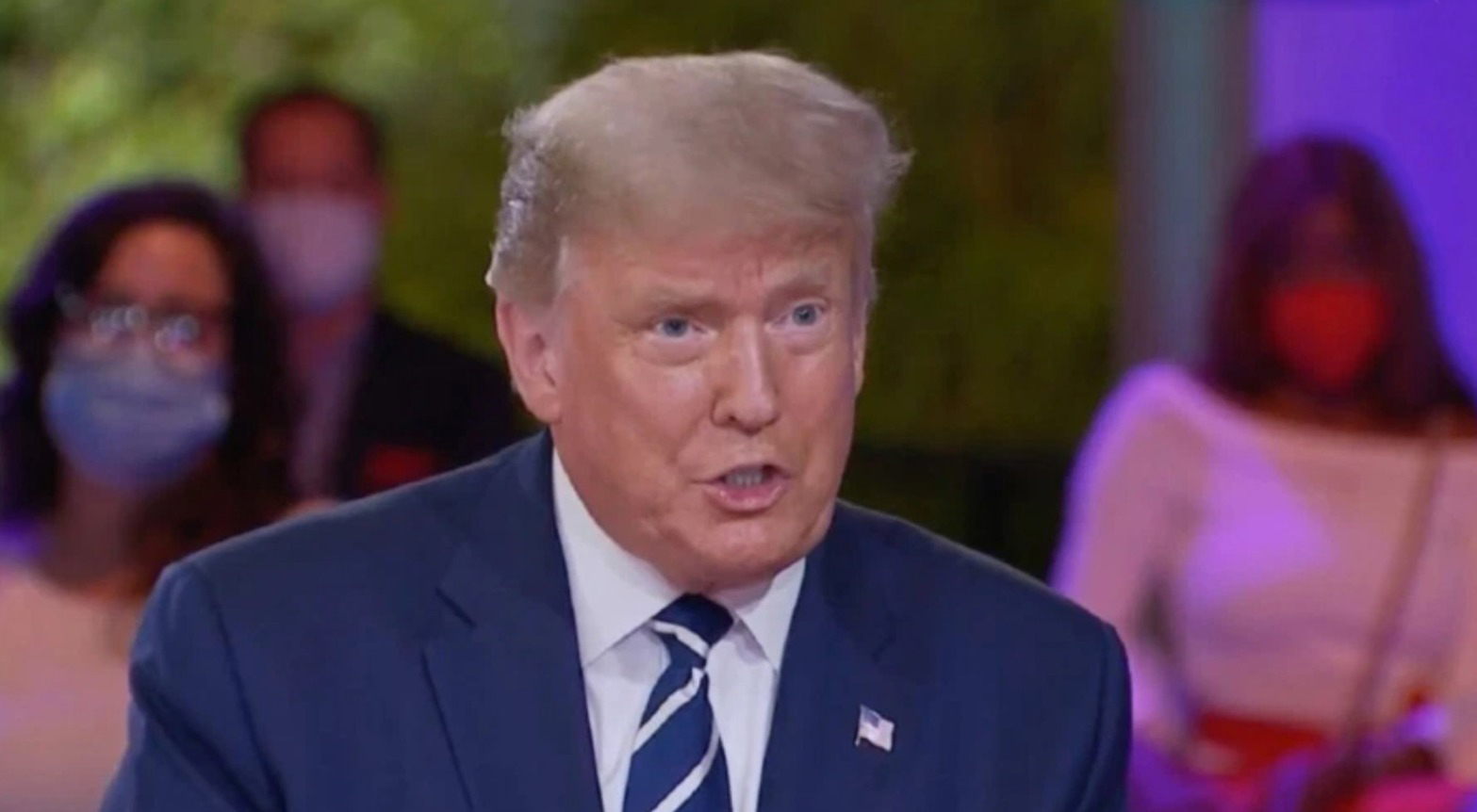 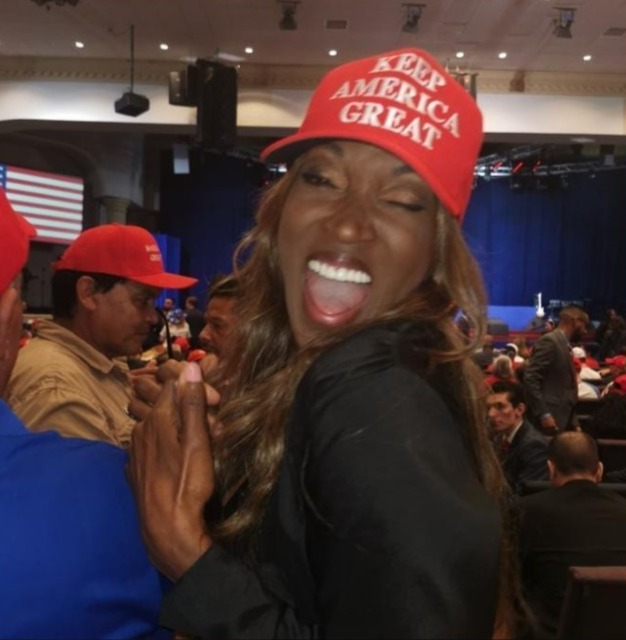 Alongside nodding, the woman also gave a thumbs-up as Trump discussed the economy and loudly cheered and clapped over her head as the event came to a close.

The Miami Herald identified the woman as Mayra Joli, an immigration attorney who ran for Congress as a pro-Trump candidate in 2018.

As she was repeatedly caught on video during the town hall, viewers took to Twitter to voice their opinions.

Former Navy Seal and FBI agent Jonathan Gilliam tweeted: "I don’t know who the woman with the red mask is behind @realDonaldTrump but I’m becoming a huge fan of her agreement head shakes when the president answers questions." 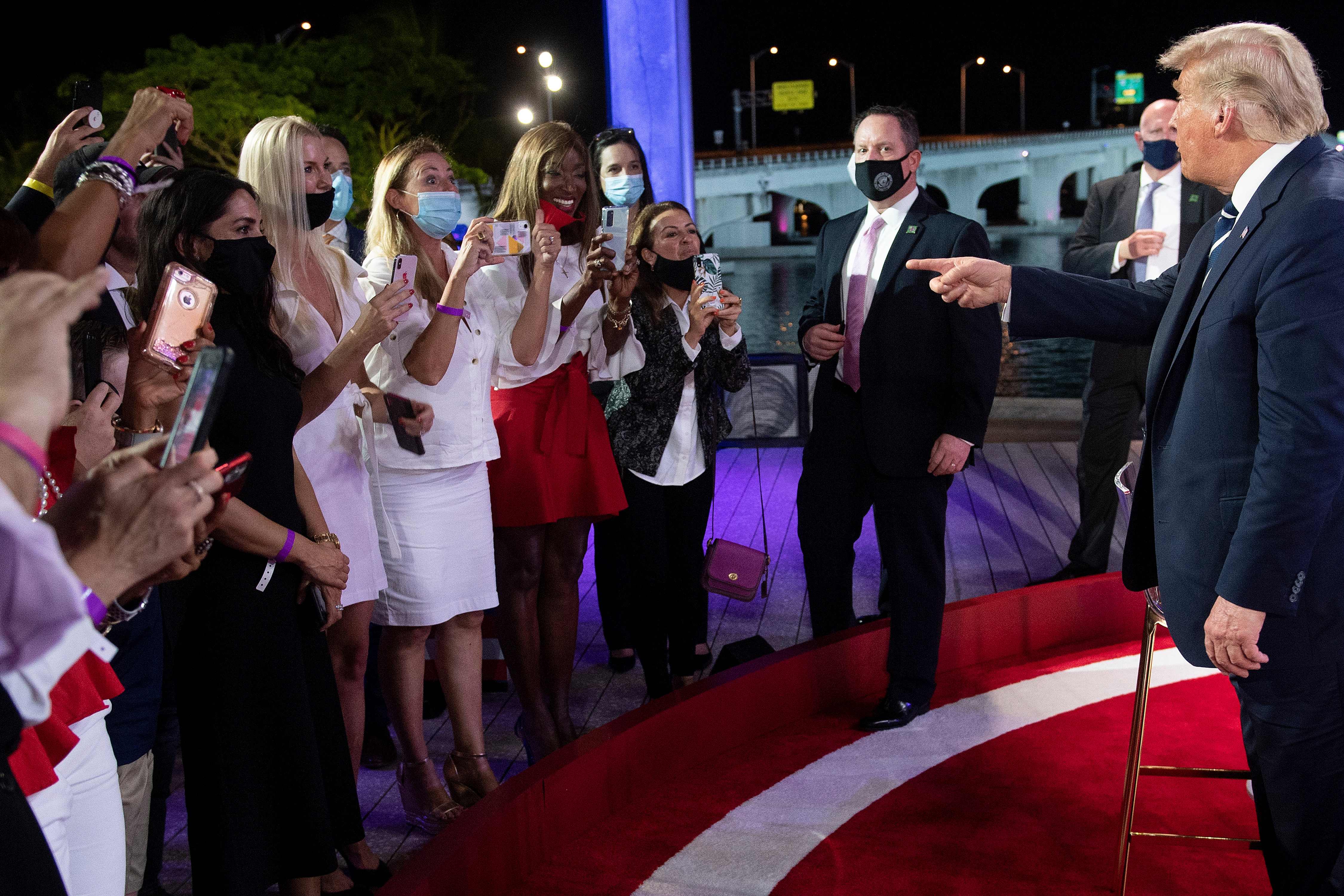 "I wish I had someone who believed me the way that woman with red mask believes Trump. We could all be so lucky," another user wrote.

At the end of the event, according to her Facebook page, Joli greeted the president, telling him "we have your back! You see, you see you are the best!"

Trump then asked her where she was from, to which she replied "I'm from the Dominican Republic, but I'm American."

Joli is reportedly a five-time beauty queen and a Trump supporter who frequently posts about him on social media.

She said that Trump was the inspiration behind her 2018 congressional campaign, saying: "I am not looking to run because I need a paycheck, like Donald Trump.