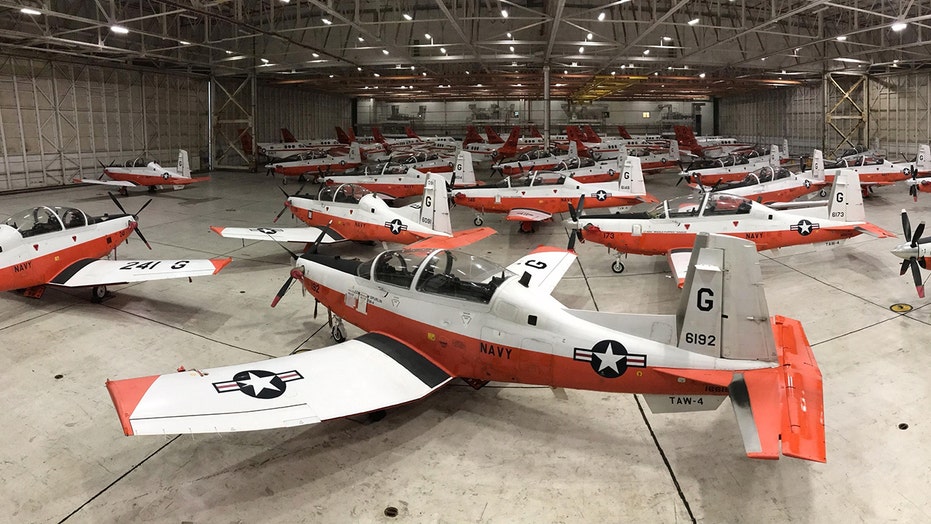 A U.S. Navy T-6B Texan II aircraft crashed in Foley, Ala., on Friday, killing both crewmembers on board.

The aircraft that crashed around 5 p.m. local time was "a tandem-seat, turboprop trainer used to train Navy and Marine Corps pilots," according to the Navy.

There are about 250 of the aircraft in use.

The plane hit a house and two cars, according to FOX 10 of Mobile, but the Baldwin County Sheriff's Office tweeted that no civilians were injured in the crash.

The names of the crewmen who died will not be released for 24 hours after the families are notified, according to the Navy.

Earlier this week, a Navy fighter jet crashed in California during a routine training mission, but the pilot was able to safely eject from the aircraft.

Foley is near the coast of Alabama, about 30 miles west of Pensacola, Fla.