Russian-born soldier, 33, sues MoD for racial discrimination after he was ‘humiliatingly’ ordered to sing songs from his homeland and rejected from Intelligence Corps ‘because he might become a spy’

A Russian-born soldier who was rejected by the Intelligence Corps is suing the Ministry of Defence for race discrimination claiming they thought he might become a spy, an employment tribunal heard.

Gleb Steshov, 33, claims that the MoD rigged language exam results and left compromising paperwork on his records to stop him joining the Intelligence Corps.

Mr Steshow, whose family came to the UK seeking asylum when he was 13, also claims he faced humiliation by being ordered to march and sing Russian songs to his superiors or face a ‘beasting’, the central London hearing was told.

He said he was bullied during parachute regiment training and repeatedly asked why he didn’t join the Russian army, because of his background.

Although he didn’t raise an official grievance at the time, the allegations surfaced as background to his current race discrimination case against the MoD in which he said that his attempts to join the Intelligence Corps were halted.

He claims this is because the army thought he might become a Russian spy. 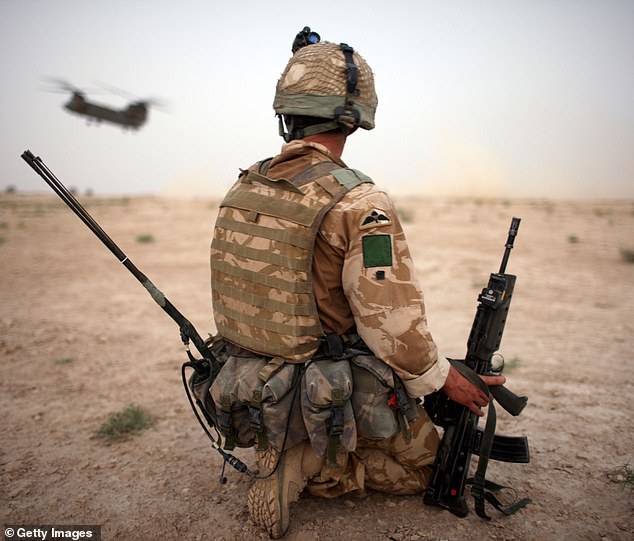 Gleb Steshov, 33, said he was bullied during parachute regiment training and repeatedly asked why he didn’t join the Russian army, because of his background (file image)

As a recruit at the North Yorkshire Infantry Training Centre Catterick in 2009 and 2010, he said he was subjected to bullying and threatened with so-called beasting – intense exercise used as an unofficial punishment.

Mr Steshov wanted to join the army because he was ‘extremely grateful to the UK’ for having his family settle and reside here, the tribunal was told.

He said it was his ‘dream’ to be a Russian translator for the Intelligence Corps but joined the parachute regiment because of the promise of similar work.

But he did not finish training with the regiment because he ‘struggled with heights’, a witness statement presented to the tribunal said.

In a complaint letter, written by the then-private in 2010 and presented at an ongoing employment tribunal in London, the former soldier accused a number of military personnel of racially motivated bullying and discrimination.

Mr Steshov remained in the army before leaving in 2018.

In the hand-written note, Mr Steshov claims he was made unwelcome in a new regiment after returning from rehabilitation following an injury suffered in training – being told that recruits who came from the rehabilitation centre weren’t wanted.

Later, he was ordered to march and sing songs in his mother-tongue or face a ‘beasting’, he claims.

The letter goes on to describe how he was brought in front of platoon staff to sing a Russian song which he said was ‘humiliating.’

He alleges that after being transferred to a company for soldiers waiting for discharge, he was left ‘depressed and suicidal’ – finally opening up to his father who wrote to the MoD.

He says this prompted superiors to allow him to stay if he transferred to The Yorkshire Regiment where he served the rest of his service.

In Mr Steshov’s 2010 complaint presented to the current tribunal, he said: ‘Cpl Keenan told me that I had to march like a Russian soldier and sing a Russian military song out loud in the corridor or else he will punish me with a phrase called ”beasting”.

‘I couldn’t refuse and did as he ordered me.

‘Every time that Cpl Keenan was on duty at night time I had to march while singing a new Russian song.

‘When the platoon staff found out about it, I have been ordered to demonstrate to them outside the office which to me was humiliating.

‘My section commander, Cpl Willis, kept asking me why I didn’t join the Russian army even though I answered plenty of times that I lived in United Kingdom for 10 years.

‘Majority of bad report points were created by Cpl Willis. Some example, if I asked a question in the lesson he would put it down in report that I have attitude problems.’

The letter later stated that after failing the height test he was confronted by a superior, Sgt Robertson, in a military vehicle. 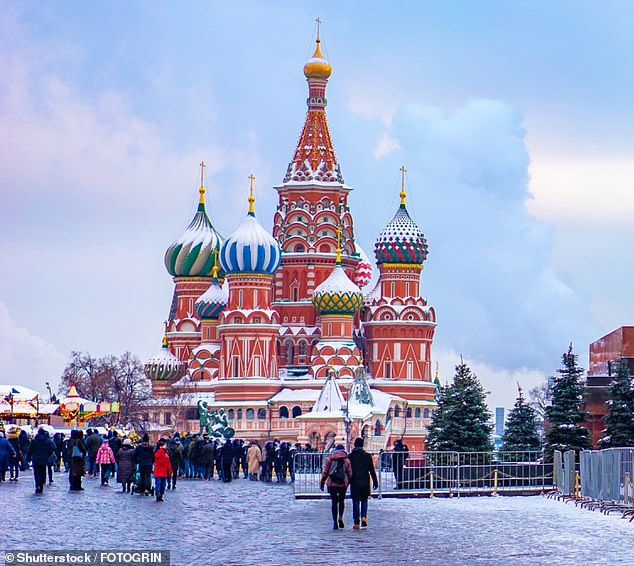 Mr Steshov said: ‘I was inside and he said he will try to get me kicked out of the army, at that stage I replied ”I don’t want to leave the army”.

‘He said he didn’t like me and did not want me in the British Army.

‘I am disappointed in the way I’ve been treated. I feel that I have been forced out from the army because I am Russian on a birth certificate.

‘This experience I gained is not fair on me and probably will haunt me for the rest of my life.

‘All I wanted to do is serve the country I live in.’

The allegations were revealed this week to the employment tribunal alongside further allegations of discrimination.

However, Mr Steshov’s accusations of bullying refer to events so long ago that they are ‘out of time’ – meaning their age puts them outside of the tribunal’s jurisdiction.

In his witness statement Mr Steshov alleges that attempts to join the Intelligence Corps were halted because the army thought he might become a Russian spy.

He also said that the MoD rigged language exam results and left compromising paperwork on his records to stop him.

It said: ‘Corporal (Cpl) Steshov felt that the MoD had suspicions about his past and had put obstacles and excuses in his way to thwart him joining the Intelligence Corps.

‘Cpl Steshov identified what he perceives as a strong operational need for Russian speakers within the Army but his lack of success in becoming a Russian Interpreter is regarded by him as ‘ridiculously strange’ and has fed a strong perception that there is a conspiracy against him.

‘Cpl Steshov believes that his failure to be selected as a Russian interpreter is due to suspicions that he might engage in espionage.’

He accepts his first application failed on the grounds he had not been a British citizen for at least 10 years.

According to his witness statement, his second application was knocked back because he had not taken the Russian language exam – something he also accepts.

However at his third attempt he was told his English wasn’t good enough despite his claims that lower scoring candidates were accepted and offered English courses.

He alleges that he was never used as a translator despite scoring highly on a 2014 military Russian language test, achieving an A* Russian GCSE, and being a native speaker.

When the language test expired in 2017, he retook it but claims a lower grade was ‘reverse engineered’ to further prevent him from working as a translator.

He also alleged he was let down by moderators, and was given ‘incorrect feedback’ when he appealed against his result in December 2017.

Further claims include how a Services No Longer Required (SNLR) form and other discharge related documents were kept on file and prevented him from advancing into the Intelligence Corps.

Mr Steshov said he shouldn’t have had one because he was not dishonourably discharged.

However, the MoD said the SNLR does not affect a discharge and the other documents, which would have constituted a discharge, do not exist for him because he was actually transferred to the Yorkshire Regiment.

Mr Steshov is trying to claim a loss of earnings from the MoD, claiming that he left prematurely because of racial discrimination.

He also wants compensation for personal injury and injury to feelings, for his exam grade to be removed from records, and for the tribunal to recommend that the MoD ‘take action to reduce the likelihood of continuing discriminatory conduct.’

Robert Moretto, representing the MoD, said: ‘For the avoidance of doubt it is denied that the responded discriminated against the claimant because of his race, harassed him through unwanted conduct related to race, or subjected him to victimisation under the equality act 2010 as alleged or at all.’