Salvation Army chaplains will be pulled out of Victorian courts by the end of the year in a controversial national restructure of the organisation.

More than 60 chaplains who provide welfare support in courts, hospitals, airports, clubs and hotels across the country will be redeployed by the end of the year to respond to greater demands in homelessness, family violence and youth services. 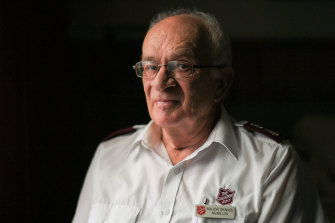 Salvation Army staff were told the organisation “cannot be all things to all people” and “we need to focus our mission resources on the areas that will have the greatest impact”, according to internal communications.

“This decision was based on many factors. Financial considerations were part of the decision, but it was not driven by it. Ensuring personnel are where they are needed most and where they can support more people is key.”

Chaplains, who were told about the restructure in a video conference at the end of August, said they had no idea it was coming.

“The decision has been so badly received all over the place,” a Salvation Army staff member said.

Retired Salvation Army Major Dennis McMillin, who worked in the courts for 13 years, said cutting the service was short-sighted.

“It’s a very sad situation and I don’t know whether the Army will change their minds. They’re dead set in what they want to do, restructure as they say, or as some cynical people would say, to save costs,” Major McMillin said.

Almost 20 chaplains work across the courts in Victoria, including in the Melbourne Custody Centre, offering comfort and advice to prisoners and their families, performing simple acts of kindness such as providing clean clothes and myki cards, facilitating phone calls and finding accommodation for those applying for bail. 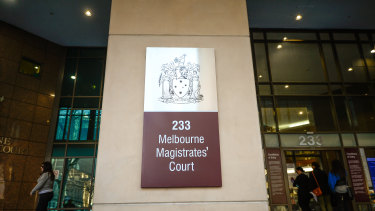 Criminal lawyers are worried that vulnerable clients will not have as much support as they navigate the justice system. Credit:Justin McManus

A single chaplain is stationed at the Melbourne airport. Part of their role was to meet grieving families following disasters such as the downing of Malaysia Airlines flight MH17 and supporting the federal police officers working there.

While there are no chaplains working in Victorian hospitals, in NSW the chaplains provide welfare support to patients and their families.

The move has been unpopular with the courts.

Supreme Court Justice Lex Lasry said the service the chaplains provided was important and called their removal a shame.

“If they saw someone outside of court in tears, they’d offer them comfort. It’s that kind of pastoral care. It was such an unfriendly court, the old Magistrates Court, really old, really intimidating place and they were just what was needed,” Justice Lasry said.

The Law Institute of Victoria met with the Salvation Army to discuss ways in which the service could continue following an “overwhelming response” from criminal lawyers, said president Sam Pandya.

“Whilst we understand the financial and workforce issues putting pressures on the continuation of the court chaplaincy program, we are continuing to discuss with the Salvation Army how they could continue to provide this vital service to some of this state's most vulnerable people,” said Mr Pandya.

“For many years we have seen the great work they do supporting people struggling with the stresses of the court process and hope this can continue.”

Melbourne criminal lawyer Ben Watson said while the court has some programs, they don't "go to the grassroots level that the Salvos do".

“It’s really something that needs to be provided, particularly now. There is only going to be more disadvantage in the community.”

Criminal lawyer Felix Ralph, who works in Melbourne’s west, said he had several clients in the past who had really benefited from their connection with the chaplains.

“When a client comes out of custody and they have no transport, basic stuff like food, someone to chat to. That’s the riskiest point, when someone is released without support,” he said

“The Salvos’ only agenda is kindness. They are the frontline workers of the justice system, they are indispensable and have that larger organisation so they link people into support services around the city.”

The restructure follows funding cuts this year to volunteer welfare service, Court Network, who were saved for another year following an 11th-hour donation.